by Aly Schmidt and Brittany DiCologero

In this Disney College Program interview, I spoke with Aly, who worked in Discovery Island Merchandise in Animal Kingdom during the Spring 2015 program. Aly came to Walt Disney World from Tulsa, OK, where she attended Tulsa Community College and studied veterinary technology.

Q: Why did you want to do the Disney College Program?
A: I wanted to do the DCP because I am just obsessed with all things Disney. The day I found out about it I applied, it just looked like such an amazing program.

Q: What was your role and location? Was it your first choice? If not, what was?
A: I worked at Discovery Island merchandise in Animal Kingdom! It was my first choice, I was so excited I got it.

Q: What was training like for your role?
A: Training was very short, I believe it was over 5 days, and they threw a lot of information at me all at one time so it was a little scary, but I had very helpful trainers and coworkers.

Q: What were the best things about your role?
A: The best things about my role were the little things like making celebration buttons for people, or having bubble gun fights with little kids. But my absolute favorite thing was merchantaining with Grr Bear! Grr Bear is a puppet bear who looks an awful lot like a live baby bear, and I would stand outside with him and every time I’d get hundreds of “is that a real bear?” or kids coming up to pet him, that brought on lots of pictures with guests too!

Q: What were the worst things about your role?
A: The worst was that it wasn’t a very rewarding role, when it really comes down to it, it was just retail. We were told to sell, sell, sell. I hated how many things we were supposed to remember to ask about with each transaction. The purchase with purchase items, if they wanted to donate to Disney’s Conservation Fund, if they wanted to ship it to the resort, blah, blah, blah.

Q: Would you recommend this role to a friend?
A: Honestly I think I would, as much as I couldn’t stand it sometimes, you get to have a little more fun at work than a lot of other roles do. It was no walk in the park but it wasn’t the worst either. 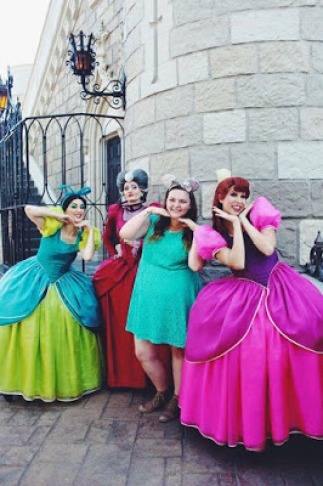 Q: What advice would you give to new CPs in this role?
A: I would say to have as much fun with it as possible. Sometimes I let people or the heat or personal problems take over my mood at work when I could’ve turned the day around. Also, don’t stress out too much, don’t be afraid to ask questions if you don’t know what to do, everyone was new at some point.